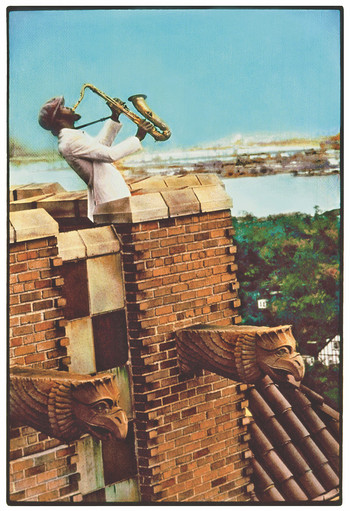 Barefield's photography has been widely exhibited, printed on posters, brochures and publications, and published in her 1980 photo book JazzSpace Detroit, a visual history of Detroit jazz with narrative by Herb Boyd. An expanded and updated version of the book is slated for 2020.

The related film JazzSpace Detroit & Beyond, commissioned by the Charles H. Wright Museum of African American History with support from the John S. and James L. Knight Foundation, Creative Arts Collective and Rebirth, Inc. can be viewed on thewright.org, youtube.com or barbarabarefield.com/jazzspace-detroit-film

She is a winner of the Knight Arts Challenge for her photography and photo history project “JazzSpace Detroit.” Barefield’s work has appeared in many publications, including The New York Times, Detroit Free Press, Detroit News, MetroTimes, LA Times, People magazine, Essence magazine, and others. Her photos of the Art Ensemble of Chicago from the 1980s, 1990s and 2018 are featured on the cover and inside spreads of the April 2019 JazzTimes and are being reprinted internationally to celebrate the release of the Art Ensemble’s 50th Anniversary album.

In recent years, Barefield’s photos have been included in the Charles H. Wright Museum of African American History's Aretha Franklin exhibit “Think, a Tribute to the Queen of Soul” and the Museum of Contemporary Art Detroit (MOCAD)'s “Sonic Rebellion Music as Resistance” exhibit and book. Her work was included in the 2018 Focus Detroit Photography Festival in Highland Park, and showcased at ArtPrize 9 — on a 30 x 7-ft wall with Barefield’s photographs printed as a triptych on fabric panels and canvas at the Grand Rapids African American Museum

Barefield is known for her iconic photos and color tints of jazz and creative musicians, as well photos capturing peace demonstrations, women, racial and gender equality, politics, labor, families, Detroit's urban landscape and more. Her photos are featured on recordings, in galleries, museums, libraries and archives, in print and online media, and on brochures and posters for endless concerts and events, many that she produces.

Barefield’s photos will be soon be online through a NEA-sponsored radio project at DubLab.com, and physically and online at University of Detroit Mercy in the Creative Arts Collective/Barbara & A. Spencer Barefield Collection. Here, her artwork, photos, and Detroit’s multi-cultural history will be archivally preserved and accessible to enrich present and future generations.

A graduate of the University of Michigan College of Architecture and Design, her love of photography began in the U-M darkrooms, and expanded when she was the Art Director of the Detroit Free Press Sunday magazine DETROIT in the late 1970s. There she was mentored by Pulitzer Prize winning Chief Photographer Tony Spina, who taught her to master the traditional art of hand-tinting photos. Prior to digital photography, she worked primarily with 35mm black and white film. She also served as art director and photographer for the UAW (United Auto Workers) labor publication Solidarity for 24 years.

Barefield has devoted herself to producing, promoting, and presenting hundreds of concerts and musical experiences both in Detroit and internationally with her husband, jazz guitarist composer A. Spencer Barefield for more than 40 years, including the 13-year award-winning series at the Detroit Institute of Arts from 1979-1992 entitled Creative Music at the DIA; the Day of Discovery performances at the Detroit Jazz Festival in the 1990s;
and the current 13-year series of jazz, classical, blues and world music, Palmer Woods Music in Home. This has given her unique opportunities to intimately document and befriend many of the gifted musicians she photographs.

Barefield’s work is presently in the permanent collections of the Detroit Public Library E. Azalia Hackley Archive, the Greystone International Jazz Museum Archives, Rosetta Reitz Papers at the Duke University Library, and in many private collections.

In 1979, she was awarded a grant from the Michigan Council for the Arts with support from the Jazz Research Institute and the E. Azalia Hackley Collection/Detroit Public Library to create a book of her photographs and worked with author Herb Boyd to write the narrative. Now, after 40 years, she is re-releasing the book, JazzSpace Detroit, with a new introduction by Boyd. In 2021, she will release a sequel with 40-plus more years of photographs.

The original JazzSpace Detroit book had been out of print for decades and is a collector's item. Within its 64 pages, it is brimming with photos and information about Detroit's rich jazz history.

If you are interested in purchasing the book, they will be printed in time for the upcoming holiday season. It will likely be a small run of 500-1000 books. The first 100 people to order the book will receive a personally signed and dated copy.

To order, please send an email to [email protected] and I will send you a link in the next few weeks with the cost and for payment to reserve your copy.